ThinkFun was founded in 1985 in the basement of Bill Ritchie’s and Andrea Barthello’s home (husband and wife).  Bill loved puzzles and together they wanted to create games that helped children better understand some complex ideas….thus the name ThinkFun. And that is their mission still today after more than a quarter of a century.

ThinkFun started with puzzles and over the years has grown their product line along with the times.  Today their toys include:  educational programs, mobile apps, and online games. ThinkFun’s Pathwords Jr. was unlike any other game we’ve played.  Although it was recommended for children 6 years of age and older, we were playing it with 3 year old and 2 five year olds.   The game was not a problem for them to play because they all know their alphabet and one is a particularly qualified reader already.  The only thing I was concerned about with this game, were the plastic templates.  As soon as we opened the game, all three kids thought they were supposed to break the templates apart because they are used to playing “building” games where the pieces need to be separated.  Once they knew that the templates were tools to help them form the words, everything was fine. While we were playing Zingo with the same 3 year old and two 5 year olds, the 3 year old was not at the same reading level so kept losing and was getting frustrated.   Since our goal was to help the 3 year old develop her sight reading skills, we changed the game a bit and took away some of the competition.   I recommend that the players be at somewhat the same reading level when you play this game.   It was obvious that they were all learning from the game and once we eliminated the winner/looser aspect of the game the younger player started relaxing and having as much fun as the older players. I highly recommend both games.  As with any game, it’s important to know your audience and its okay to adapt a game’s rules in order to accommodate all of the players.

You can click here to read my review on a few other terrific ThinkFun games.

Who are you buying ThinkFun for this holiday season?

One lucky winner is going to get their choice of either Zingo! Sight Words OR PathWords Jr. This is a US giveaway that will end on 11/19/12.

Hello, my name is Laurie. I have been married to my husband for 16 years. We have two young daughters, ages 15 and 13 years old. My family and I live in Oregon so that means we are just minutes from the beach, mountains, and desert.  We love it here and try to spend as much time outdoors playing as we can. When we aren’t outside playing, I enjoy reading, gardening, refinishing furniture, and other crafts. 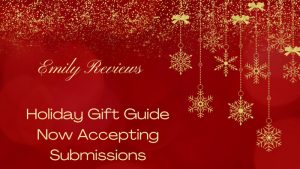