Scarlet’s Naturals began in the kitchen of little Scarlet’s home. After years of trying to have a family, Baby Scarlet arrived. However, she had such sensitive skin that she was reacting to most commercial baby products including diapers. So it was decided that Scarlet’s parents would make their own products so they could control what went into them and would, therefore, be next to Scarlet’s skin. As the products began working and helping Scarlet, word spread and a demand for Scarlet’s Naturals increased beyond Scarlet. I was sent the Scarlet’s Naturals Summer Trio (in Coconut) to review.  The Summer Trio contains the .5 ounce SunStick, 6 fluid ounce SunBlock, and the 6 fluid ounce Bug-bee Gone Spray.  The SunBlock gives UVA/UVB protection, is SPR 50+, and is also water and sweat resistant.  I try to keep the kids out of the mid-day sun as much as possible.  When we do venture out at that time, I do my best to keep the kids in the shade.  However, when that is not possible, we use sun block.  It’s very important to keep kids (and everyone for that matter) protected from the harsh sun rays and burns.  We’ve all heard about the terrible effects and skin cancer that can result if we don’t take those precautions.  So I was really excited to give Scarlet’s Naturals SunBlock and SunStick a try.

All three products have a smell to them but they are all fairly pleasant.  The SunBlock is very nice and creamy and goes on easily.  The consistency is very smooth.  The SunStick seemed to go on slightly crumbly but with a few extra swipes of my fingers, I was able to have it all rubbed in nicely.  I really like the convenience of the SunStick.  I was just recently introduced to the convenience of using a stick to apply sunscreen to children’s faces.  I love how much easier it is to make sure none gets in their eyes, nose, or mouth.  We all know how squirmy kids can be and it’s tough to apply a runny lotion to those sensitive areas. We typically play outside until about 8 each night.  Since we try to avoid being out during the hottest part of the day, evening is a really nice time to enjoy Summer without sweltering in the heat.  However, the mosquitos tend to come out before we are ready to call it a night.  So I sprayed us down with some Bug-Bee Gone Spray before they got the chance to bite.  All I can say is that not a one of us had trouble with the bugs pestering us while we were wearing Scarlet’s Naturals Bug-Bee Gone.  I will definitely be keeping it handy this Summer.

Buy It: Head over to Scarlet’s Naturals to see for yourself the great selection of products they offer. Our family highly recommends the Summer Trio.  There is a Summer sale going on until midnight on 7/14.

Win It:  Scarlet’s Naturals is generously offering one of our lucky readers a $25 gift card to their site. The giveaway is open to the US & Canada. The giveaway will end July 26th. For your chance to win, enter the Giveaway Tools below. Good luck! 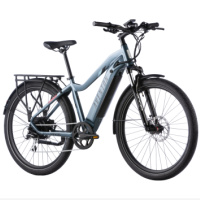 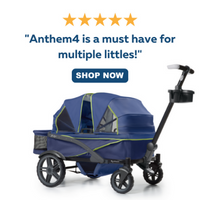 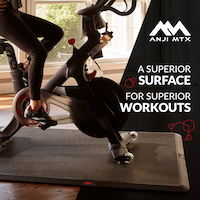