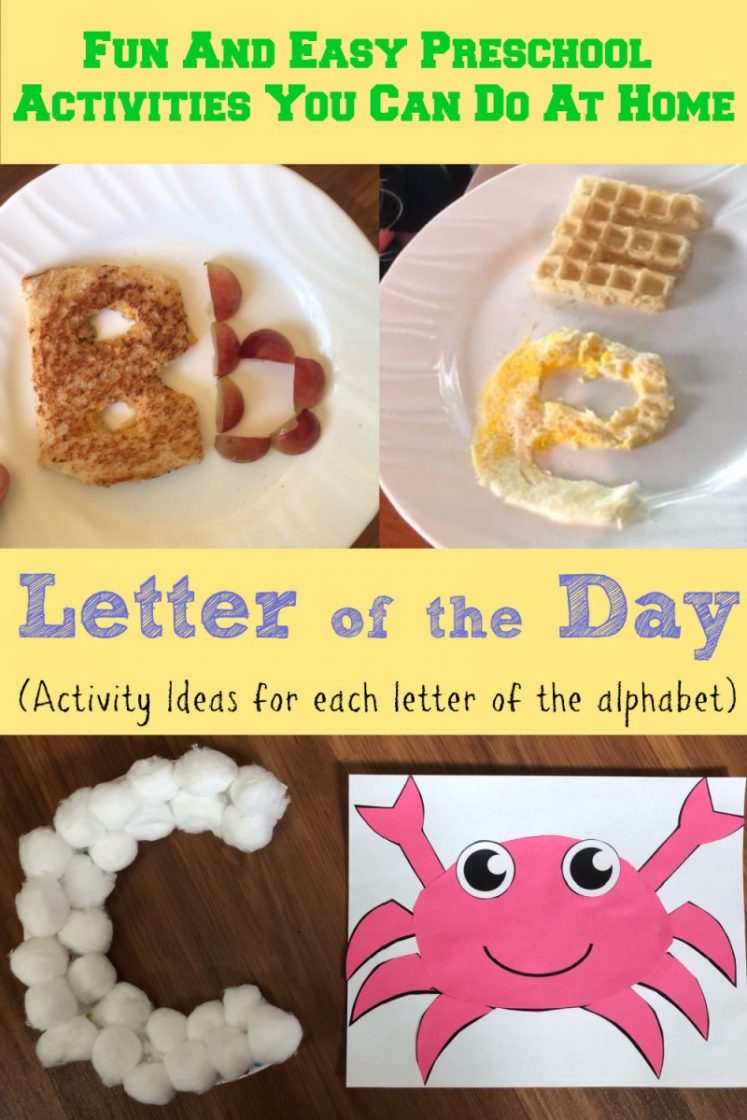 I am sharing the ideas that we did but there are many more ideas that you can add. These are just a starting point for you. I hope you enjoy the activities as much as we did! *Note, this activity was mostly for my four-year-old daughter, but my 1.5-year-old son also partook in many of the activities too. It can be adapted from toddlers to school-age children. 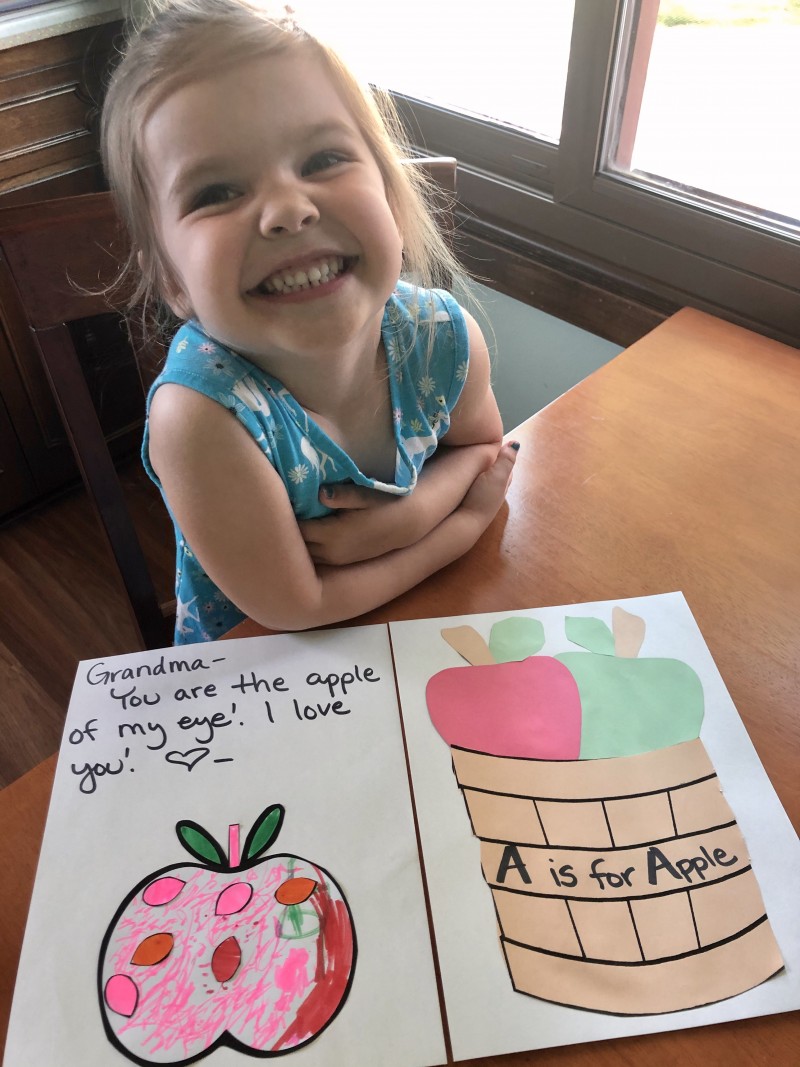 A: Apple or applesauce for snack with apple juice. Apple Craft. Made the letter A into an Alligator. 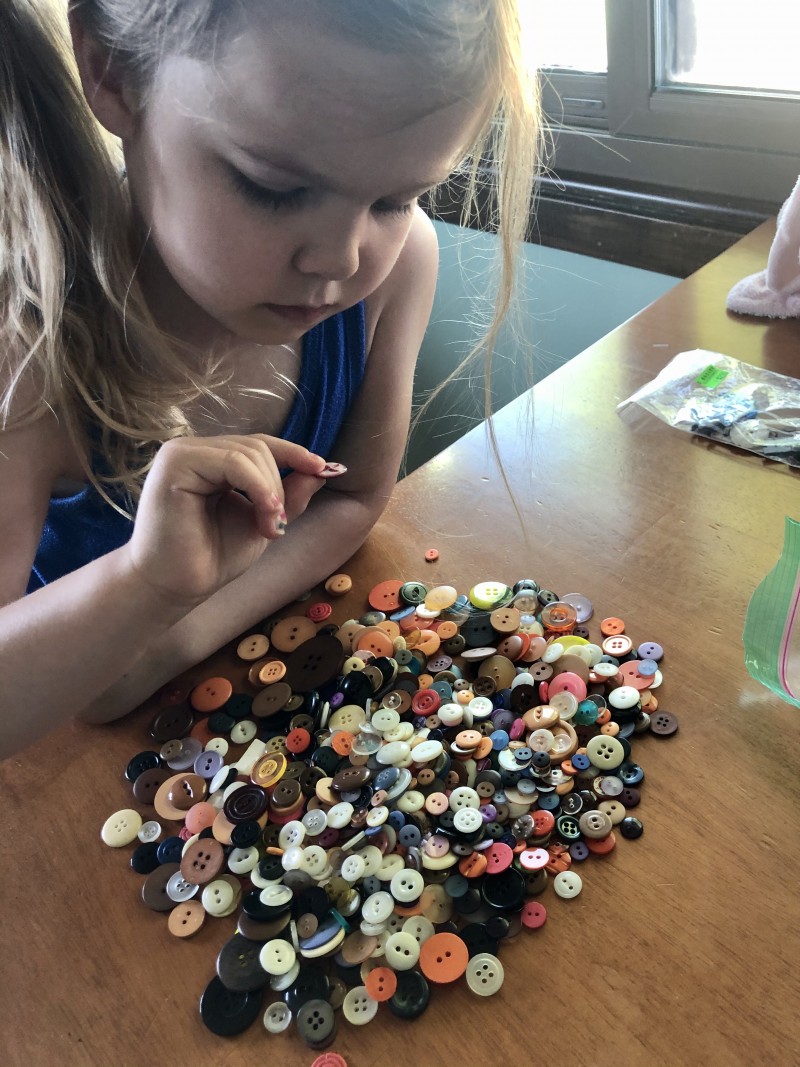 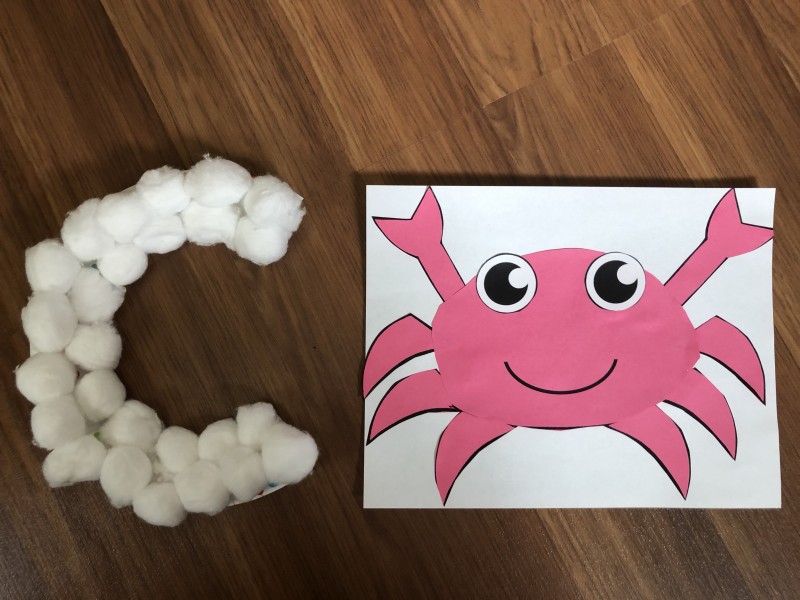 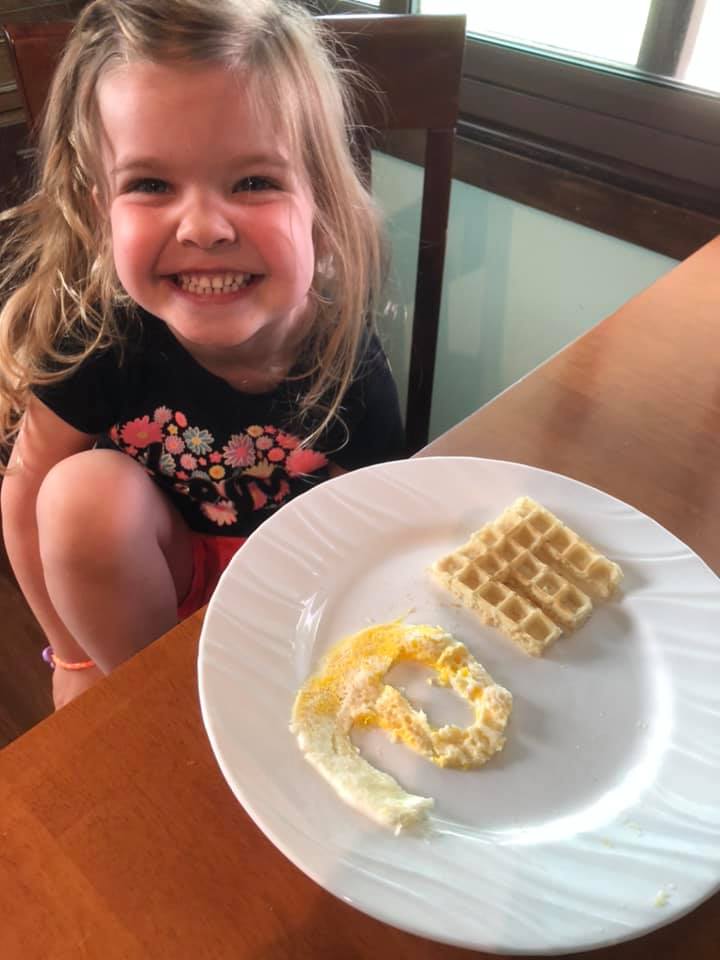 E. Eggs and Eggo waffles in the shape of the letter E for lunch. Elephant Craft.

F. Fruit snacks. Picked Flowers. Fish Craft. Practiced our letters by drawing them in a tub of flour. 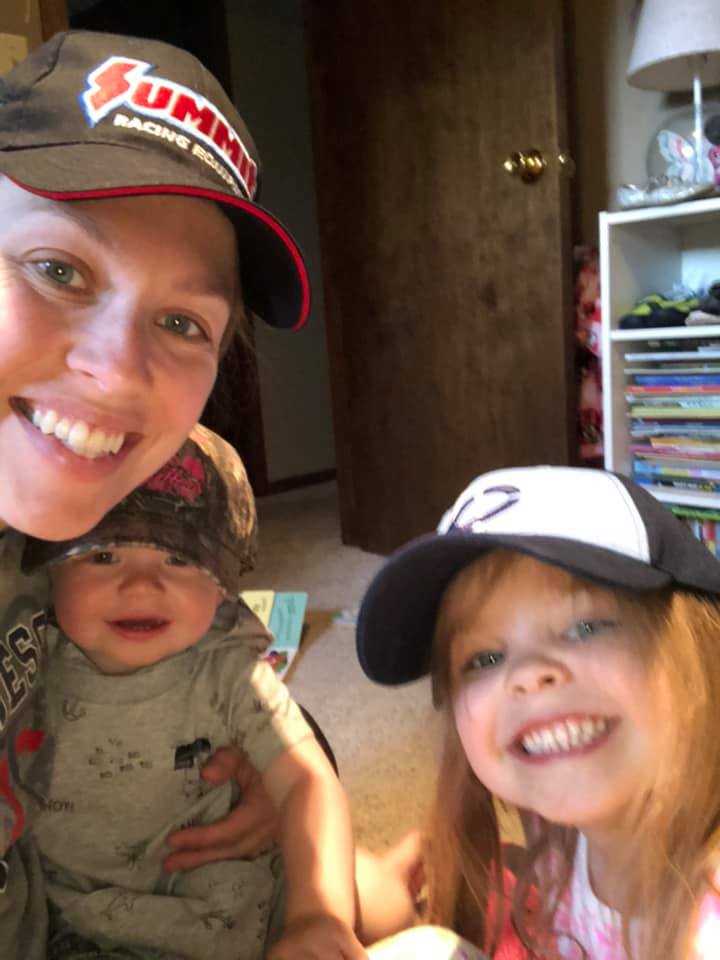 G. Goldfish and Graham crackers for snack. Wore Green. Worked together in the Garden.

H. Wore Hats. Discussed things that are Healthy for our bodies. Heart Craft. Talked about our Home. 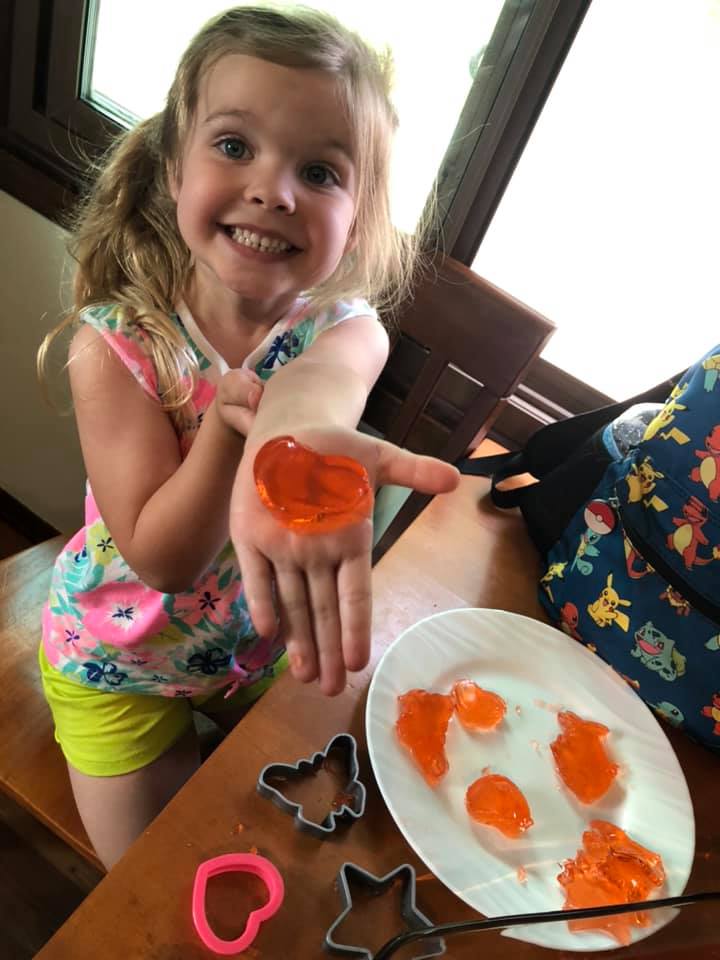 I. Ice Cream Craft. Played with Ice. Went to the Ice Cream shop.

K. Flew a Kite. Went to visit kittens at the Farm (you could visit a humane society?). Kite Craft.

L. Ladybug Craft. Went to the Library. Talked about things we Love.

N. Nuts for snack. Noodles for Lunch. Made Necklaces.

O. Wore Orange. Octopus Craft. We talked about Ocean animals. If you live near the Ocean you could take a day trip? 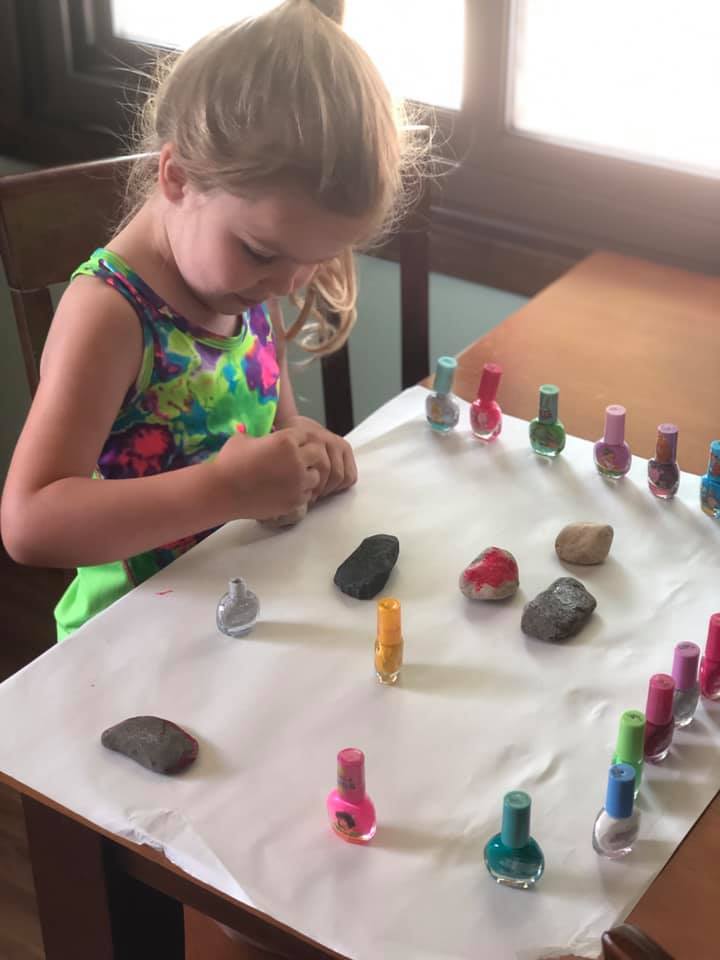 S. Snail Craft. Strawberries for Snack. Worked with Scissors to cut paper Snakes. Made the letter S with Stickers.

U. Unicorn Craft. Umbrella Craft. Talked about her Uncles.

V. Watched a show that featured a Veterinarian. Vacuumed. Named as many vegetables as we could. Ate Vanilla Wafers.

W. Ate Watermelon. Played in the Water Table. Dug in the garden to find worms. Painted the driveway with Water.

X. Used different items around our home to make the letter X. Found things inside and outside the house that were X shaped. If I would do this day again I would do an X marks the spot treasure hunt! This idea just came to me as I was writing the post!

Y. Wore Yellow. Yogurt for snack. Found things around the house and outside that were yellow. Played with a Yo-Yo.

Hi, my name is Asha. I am 32-years-old and am a nurse by profession. My husband and I have been married for almost 7 years and together we have a sweet five-year-old daughter, a two-year-old son, and a lovable bunny named Caramel. I enjoy spending time with family, taking photographs, scrapbooking, hunting, fishing, cooking and gardening.